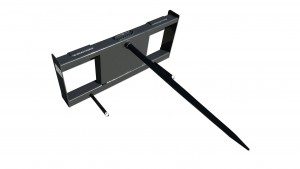 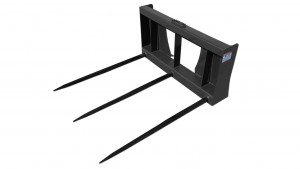 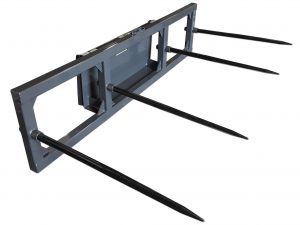 Our Skid Steer Hay Spears is an excellent piece of equipment to have on the farm. Easily move bales of hay with a quick hook up on your skid steer or tractor. The Hay Spears are rated at 2,800 lbs. We offer many different mounting options other than universal skid steer.

We manufacture three styles of low back hay spears. The single hay spear. The double hay spear and the triple hay spear. These hayspears can carry round bales and square bales of hay, bermuda, fescue, alfalfa, native grass and many more types of hay.

Our Hay Spears are powder coated  to give the attachment the best protection. All CID attachments are warranted to be free from defects in materials and workmanship for a period of 12 months. This warranty starts from the initial sale, lease or rental date. For full warranty information you can click here. → Warranty Information Page 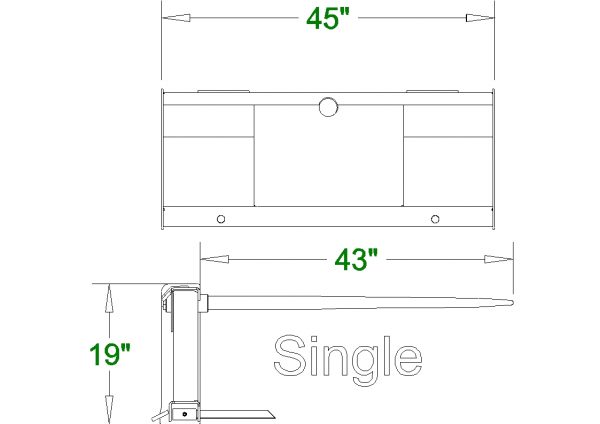 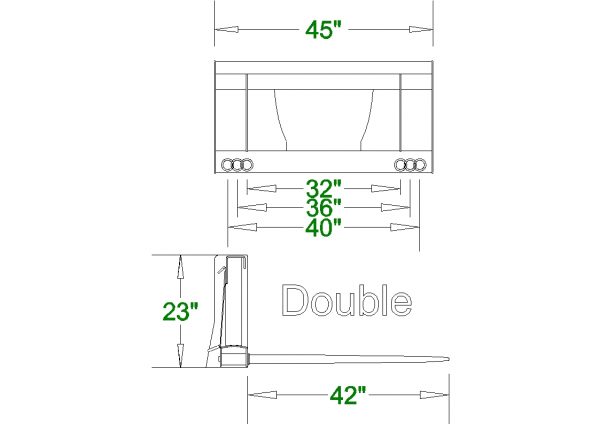 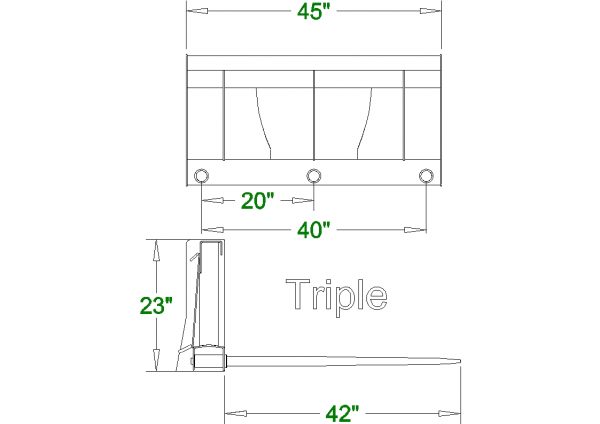